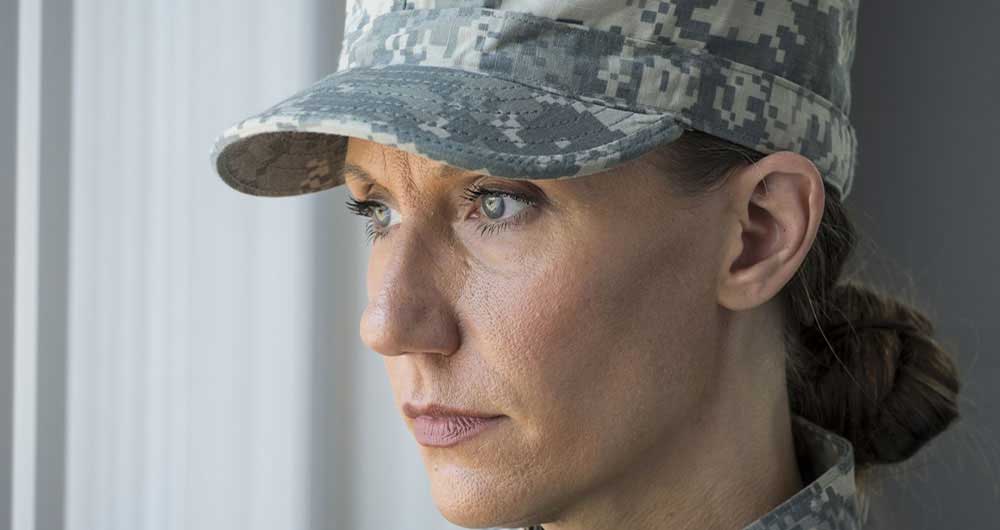 Posttraumatic stress disorder treatment center (PTSD) helps with this psychiatric disorder that can develop after a person experiences or witnesses a traumatic event. Many people who suffer a traumatic event return to their normal selves given some time. For people who develop PTSD as a result, it isn’t that easy. The stress and anxiety don’t go away. In fact, they often worsen over time. This is why the need for effective women’s PTSD treatment programs is so paramount.

PTSD affects about 8 million people in the United States, and women are twice as likely as men to develop it after trauma. Contrary to what many people think, military combat veterans are not the largest group to suffer from PTSD – there are more cases of PTSD related to sexual trauma than war. Other traumatic events that may cause someone to develop PTSD are:

PTSD symptoms can be serious enough and last long enough that they cause significant disruptions to daily life. The symptoms are broken down into three categories – reliving the trauma, avoidance and arousal symptoms.

If you have been a victim of a traumatic event, no matter how long ago, and you have any of the following symptoms, you should seek help because you may be suffering from PTSD:

Reliving the trauma through flashbacks, nightmares, hallucinations, and intrusive thoughts about the trauma when you are trying to focus on something else are common. These symptoms can in turn, cause stress, anxiety and panic attacks, and depression.

Avoidance symptoms are attempts to avoid the traumatic event. It may mean that you will not drive by the site where the trauma took place or any other site that reminds you of it. You may not watch certain movies or television shows with subject matter that is similar to your trauma. You may avoid people who remind you of the event. Another way that people with PTSD practice avoidance is by trying to numb their thoughts and feelings with distraction, isolation, or by using drugs or alcohol.

Arousal symptoms cause people with PTSD to feel like they are constantly on alert. You may always want to sit against the wall at restaurants, or always be conscious of the closet exit. You may startle very easily at sounds or movements. You may feel like you have to remain “on guard” or something bad will happen. Arousal symptoms often cause PTSD sufferers to experience frustration and irritation, and they can be prone to angry outbursts. Insomnia is also a result of being hypervigilant.

Having PTSD increases your risk of having substance abuse issues, they often go hand-in-hand. It makes sense that if you are trying to avoid or numb your feelings, you would turn to drugs or alcohol. And many people do just that – up to 75 percent of people with PTSD also have a problem with drugs or alcohol. Women are more likely than men to drink or use drugs after experiencing trauma.

The good news is that PTSD is a treatable disorder, from which some people do recover completely. With New Creation’s posttraumatic stress disorder treatment program, even those who do not recover fully can live a normal life again. Most often, PTSD treatment consists of a combination of therapy and medication. If you have dual diagnosis, like depression, anxiety, addiction, or other mental illness, it is important that you find a therapist and psychiatrist who are able to treat the conditions together. This is especially true if you have a dual diagnosis of PTSD and addiction because you will unlikely be able to stop drinking or using drugs until your PTSD is addressed, and your PTSD cannot be addressed until you are clean and sober and that happens at our treatment center.

If you think that you or your loved one may have PTSD, take heart, there is help out there for you. Many people have been where you are now, and with the right treatment, they are no longer victims, but survivors. You can be too. The first step on the road to recovery is asking for help.